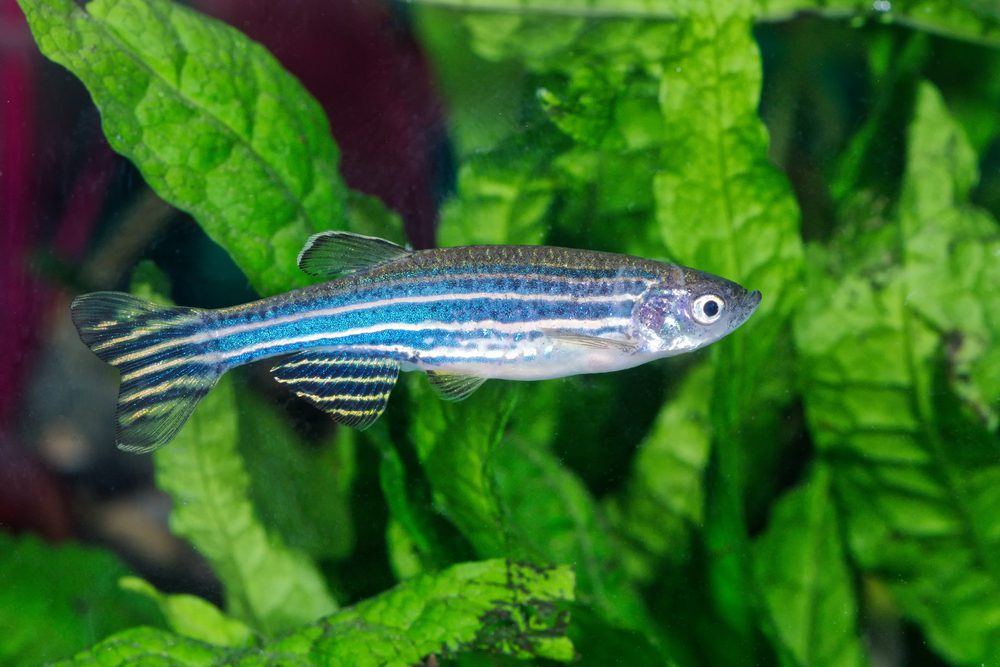 If you are a beginner and you’ve just purchased an aquarium, there’s no doubt that you want your fish to survive and live as long as possible. To improve the chances of your fish living longer, you must choose a fish that lives longer.

This article is going to list down some of the longest-living aquarium fish and provide you with tips on how to make them live longer.

Here’s a list of 5 aquarium fish that live the longest:

The zebra danio fish is a freshwater aquarium fish native to Southeast Asia. It has a mesmerizing blue and white striped pattern, and it’s easy to take care of. It is a hardy fish that can withstand an impressive range of temperatures and do well in poor water conditions. They are peaceful fish that can live in small groups, making them excellent tank mates for other friendly species.

Zebra danios have an average lifespan of 3-5 years in the wild, but they can live up to 7-10 years in captivity with proper care and maintenance. The oldest documented case of a zebra danio living in captivity was 11 years old!

Zebra danios are one of the most popular aquarium fish in the world. They were first bred as aquarium pets in Germany in 1922, and over 100 million zebra danios are estimated to be sold each year!

Fun fact: you may know these fish by their scientific name, Danio rerio (a name given to them by none other than Carl Linnaeus himself).

How to Take Care of Zebra Danio?

Zebras are pretty easy to keep alive. They can do well in a wide range of water temperatures, between 65 and 80 degrees Fahrenheit. They like soft water (if you’re sure), and though they can eat store-bought fish food, they prefer brine shrimp.

Make sure their tank has enough oxygen—zebras love to swim and need room to move around. If you have both male and female zebras, make sure the males don’t bully the females—they will probably gang up on them when it’s time for mating.

It has a lifespan of about 10 to 15 years but can live for up to 30 years with proper care in captivity. They are no doubt the longest living pet fish.

Red goldfish are under threat from an illegal collection in the wild, which has resulted in several lakes being depleted of their populations. Their natural habitat is the muddy lakes, ponds, and rivers of China and Japan, but they are now found in most regions due to their popularity as pets.

How to Take Care of Goldfish?

In captivity, red goldfish should be kept in tanks that are at least 20 gallons. A filter is recommended to keep the water clean, but frequent water changes should still be performed every two weeks or so to prevent the buildup of waste products.

If you’re looking for a fun and interesting freshwater fish to add to your tank, then look no further than the red guppy. The red guppy is easy to care for and can add a splash of color to any aquarium.

Guppies have an average life span of 2-5 years, though some live longer or shorter than that. The key to keeping your guppy alive as long as possible is ensuring the water parameters are always good—that’s why we recommend a water test kit that covers pH, nitrate, nitrite, and ammonia.

Keeping these levels in check will help keep your fish healthy.

Did you know? Guppies were actually named after a guy named Robert John Lechmere Guppy? Yeah, we didn’t either. We’d probably call them something more exciting like “rainbow fish” or “sparkle fish” if it were up to us, but what can you do?

Another fun fact: male guppies are much more colorful than females! Most people think this is just because female guppies are less flashy and spend more time hiding from predators—but it’s actually because they’re so busy trying not to get eaten, that they don’t have time to show off. Guppies swim in a zig-zag pattern! They can also change direction quickly by flipping around their tails.

How to Take Care of Guppies?

The first thing to know is that guppies are social fish and they need the company of other guppies. If you keep just one, they’ll be lonely and will pine away. You can keep a few or a whole school; it’s really up to you. Just make sure that if you get a few, they’re all female. That way, they won’t try to mate with each other and overwhelm your tank with babies.

The next thing is that guppies love plants in their tanks. They can eat them, play around in them, and hide behind them when they feel shy or need a break from their friends. The best kinds of plants to use are live ones, but plastic plants work too if you have no other choice. Avoid artificial plants that aren’t made from plastic; these might hurt your fish if they bite into them.

Finally, make sure to feed your guppies a variety of foods like flakes, brine shrimp, frozen bloodworms, mosquito larvae (if you can find them), cooked peas (without the skin), and algae wafers.

The Neon Tetra is one of the most popular freshwater aquarium fish, as they are easy to keep, very pretty, and small in size.

The average lifespan of the neon tetra species can range between 5 to 8 years with the proper care and maintenance. Neon Tetras are one of the longest living pet fish.

There are many different types of tetras, but the neon tetra is among the most popular. The neon tetra is a small fish that grows up to 1.5 inches long and can be kept in schools of at least six fish.

How to Take Care of Neon Tetras?

If you’re planning on keeping your Neon Tetras in a community tank, you’ll need to make sure that you have enough room for all of them to live comfortably. The minimum tank size for a school of 6 should be around 15 gallons.

Neon tetras live best in water between 73 and 81 degrees Fahrenheit with a pH of 6.0 to 7.0. Water that is too warm or too cold can cause stress for your fish, which can lead to health issues or death. The same is true for pH that is too high or low — tetras thrive in slightly acidic water without much chlorine or other contaminants. To maintain proper chemistry, you’ll need to add an aquarium heater and filter to your setup. These items also help reduce algae growth, which can be harmful to fish if it gets out of control.

The Siamese fighting fish (Betta splendens), also sometimes colloquially known as the Betta, is a species in the gourami family that is popular as an aquarium fish. They can be territorial fish and are inclined to aggression toward each other. Two males in close proximity will almost always attack each other if they do not have the ability to escape such an encounter.

The average lifespan of Betta fish ranges from 2 to 3 years but they can live up to 7 years under ideal conditions. Several factors contribute to a shorter life span, including water quality and genetics.

The betta is a member of the Osphronemidae family (commonly referred to as gouramis). The betta also belongs to the subfamily Macropodusinae (the fighting fishes). As with all fish, scientific names are usually in Latin; for example, “Siamese fighting fish” are called betta splendens.

How to Take Care of Neon-Siamese Fighting Fish?

These simple tips will help you prepare the fish tank for your Siamese Fighting Fish before adding it to its new home:

Cycle the water in your tank for at least two weeks before adding the fish. Add a few hardy plants to the tank first, then add ammonia until you can see 0.5 ppm on the test strips (this is an ideal level for cycling). Afterward, remove all plants except those that need high levels of light such as Java ferns and Anubias nana (these are both robust enough not to be harmed when cycling).

Adjust the temperature between 78 and 80 degrees Fahrenheit (25 and 26 degrees Celsius). This is optimal for both fish and plants – if you want more heat then use an under-gravel heating system instead of floating logs or rocks on top of your aquarium

To conclude, the specific lifespan of any particular fish species is due to several factors. The most considerable factors are diet and proper care. If you are committed to providing the best possible care for your fish, raising Goldfish can be a great breeding strategy.

I hope this article about the longest living fish, has helped you know more about aquarium fish. If you have anything to ask me please put it in the comments and I will reply as soon as possible!